The Great War, an interesting class

Never thought you’d see an article about digging a trench at Quest, did you? It was all part of Andre’s The Great War, where students explored the cause and effect of World War 1 through first hand accounts and subsequent inquiries. It was an amazing class with a lot of reading, and some really cool demonstrations that allowed the class to bring more then just a historical aspect to the concentration course.

There were three of them: The first one was a physics and chemistry demo on how picric acid was used in shells fired from French and German cannons. This involved setting off small amounts of the chemical, which made a loud pop. In the shell, the picric acid expands and pushes out against the shell, and would have created 80 basketballs worth of gas in under a second. The expanding gas pushed the shell to disintegrate mid air and rain chunks of metal down on the opposing line. Terrible in practice, incredibly interesting to learn about. 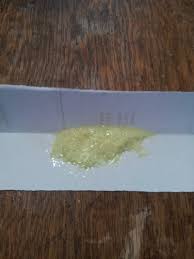 The second was a talk from one of the faculty members on the causes and effects of shell shock, known now as PTSD. This helped bring neuroscience into the classroom. During the conflict, the stress from combat and the constant shelling would sometimes cause men to snap and suffer from psychological trauma, which was often dismissed as cowardice or fear.

The last thing we did as a class was wander out into the forest, and begin construction of a trench. This was by far the best and most hands on part of the class, and one we looked forward to with a mix of excitement and apprehension. While we only managed to get about a meter deep (I’m being very generous), Andre managed to convey the necessity of cover that would be necessary to survive incoming fire. At then end of the 45 min, the class took a survey to see how many of us would have survived. (I think we agreed on 3) It was definitely a fun note to end the class on.

The Summer Adventures of Kestrel Kunz